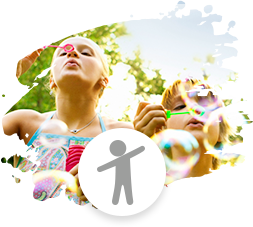 Tics are sudden, brief movements or sounds made by a person that are involuntary in nature. They can be classified as simple tics such as eye blinking or grunting or complex tics such as stepping in a certain pattern or uttering profanity.  Tics can occur in any part of the body such as face, shoulders, hands, feet, or legs but common motor and phonic tics are eye blinking and throat clearing. Up to 10-25 percent of children may be affected during early school years. Many times tics are transitory, mild and do not affect the person’s quality of life.  But for some, tics can be disruptive to their school, work and social life.  For a much smaller percentage, these tics persist longer than one year and are considered “chronic tics.” Some “chronic tics” can be associated with the most severe form of tic disorder called Tourette’s Disorder. Unfortunately lack of sleep and stress can cause tics to worsen. There are various modalities of treatment for tics including CBIT – a comprehensive behavioral intervention for tics, cognitive behavioral therapy and medications.

Obsessive-Compulsive Disorder is an anxiety disorder wherein people have intrusive thoughts, feelings, ideas, or obsessions that make them feel driven to do repetitive behaviors to reduce the associated anxiety. Obsessions are recurrent and persistent thoughts or impulses that are frequently irrational or unrealistic, and cause marked anxiety or distress. Compulsions are repetitive behaviors, rituals, or mental acts.

Symptoms of OCD in children can include:

Each OCD sufferer may have different obsessions and/or compulsions, but all suffer with marked anxiety and distress related to their OCD that interferes with their activities of daily living including school, work, and personal relationships.

It is estimated that 1 in 200 children may have OCD. The first symptoms of OCD often begin during childhood or adolescence. Many children and adolescents feel embarrassed or ashamed of their symptoms and may be hesitant to talk about their intrusive thoughts or behaviors. An evaluation by a child and adolescent psychiatrist can be crucial to understanding the complex thoughts and behaviors present in OCD and to seek treatment. Studies have shown interventions such as cognitive behavioral therapy and medication treatment if needed are highly recommended to aid treatment. EARLY INTERVENTION IS KEY as OCD can have an insidious process leading to adult dysfunction.