How to Create a Sensory Friendly Classroom 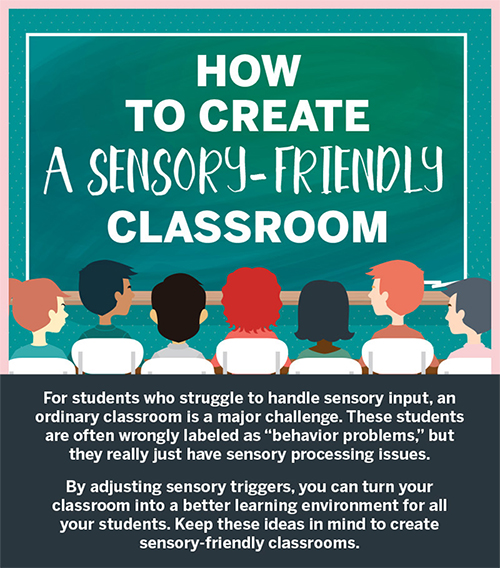 LONDON (Reuters) - One in three COVID-19 survivors in a study of more than 230,000 mostly American patients were diagnosed with a brain or psychiatric disorder within six months, suggesting the pandemic could lead to a wave of mental and neurological problems, scientists said on Tuesday.

As the pandemic fades, some Americans are anxious about a return to normal

More than a year into the pandemic, people have become accustomed to the lives they’ve built and the routines they’ve created in their “Covid caves” and are not looking forward to a return to normal.

One in three adolescents (31.9 percent) will meet the criteria for an anxiety disorder by the age of 18.

In the United States, people of color have been disproportionately impacted by the coronavirus pandemic, and Native Americans are no exception. According to the Centers for Disease Control and Prevention, American Indian and Alaska Native people are 5.3 times more likely than white people to be hospitalized due to COVID-19, the largest disparity for any racial or ethnic group.

Tris Pharma, Inc. ("Tris"), a specialty pharmaceutical company with a robust portfolio of approved products and a late-stage pipeline of innovative product candidates for the treatment of Attention Deficit Hyperactivity Disorder and related disorders, today announced that Amy Everitt, MS, PharmD of Tris' Medical team will present data on a new Amphetamine Extended-Release Tablet at the upcoming virtual annual meeting of The American Academy of Child and Adolescent Psychiatry (AACAP) to be held from October 12 to October 24, 2020.

Obsessive compulsive disorder (OCD) is a distressing psychiatric disorder. Traumas may trigger or aggravate OCD symptoms. COVID-19 pandemic has coursed a global crisis and has been associated with onset of psychiatric disorders in adults. Little is known about children/adolescents with OCD. The present study aimed to examine how children/adolescents with OCD react towards COVID-19 crisis.

Dr Kothari recently had the pleasure of attending a virtual program for second year medical students. The students were keen to learn about psychiatry and other primary care fields such as family medicine represented by Dr A Schlein and pediatrics represented by Dr P Anastasio. Moderator was Dr. Stuart Markowitz, Senior Associate Dean for Student Affairs. A diverse set of questions and lively discussion followed. While navigating Covid, medical students far and wide are navigating potential specialties and fellowships to continue their education and aid healthcare.

For more information: Contact the coordinator, Nicole @ 754-229-5716 or north-broward@chadd.net 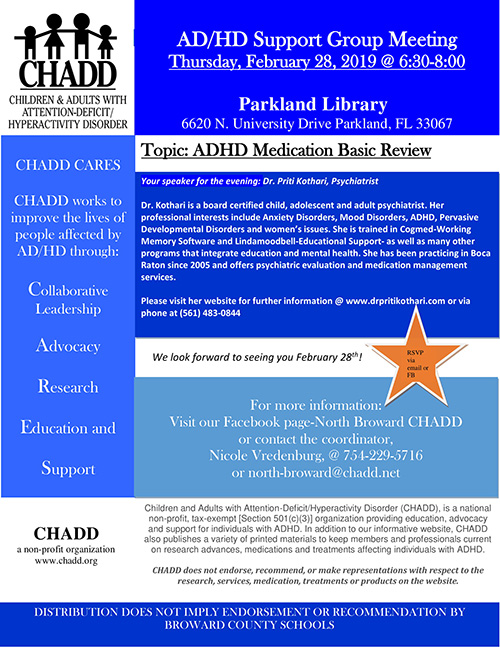 Dr Kothari was a speaker this year at yogathon’s event and continues to encourage yoga as a tool for healing. 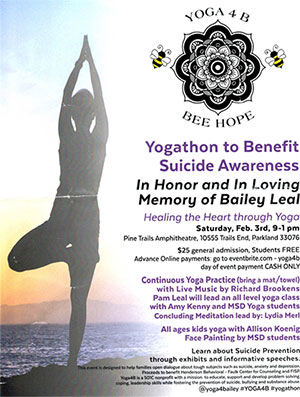 A study of more than 1 million pregnancies in Finland reports that elevated levels of a metabolite of the banned insecticide DDT in the blood of pregnant women are linked to increased risk for autism in the offspring. An international research team led by investigators at Columbia University’s Mailman School of Public Health and the Department of Psychiatry published these results in the American Journal of Psychiatry. The study, conducted in collaboration with investigators at the University of Turku and the National Institute of Health and Welfare in Finland, is the first to connect an insecticide with risk for autism using maternal biomarkers of exposure.

As a community we continue to heal

Funeral after funeral, an emotional marathon for survivors of the Parkland school shooting

PARKLAND, Fla. — Under vacation-blue Florida skies, the young mourners have emerged from family SUVs and minivans at funeral after funeral, high school girls in black dresses and heels and teen boys in black shirts and pants.

How Your Teen’s Phone Is Ruining Her Concentration

We know texting while driving has consequences, but what about texting when doing homework?

It’s something almost all kids do, and most parents have also been known to check their text messages at their desk. If we’re being honest, most of us have our cell phone within arm’s reach when we’re at work, and we will glance at it from time to time. When we’re defending the practice we call it “multitasking.” How bad could it really be?

CHADD of BOCARATON Educational Support for Parents of Children with ADHD 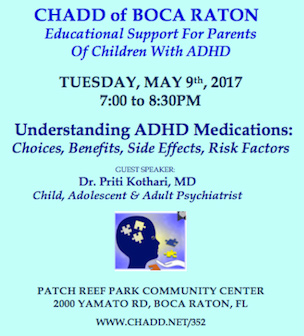 Through the great generosity of the Boca West Foundation, 100% of the proceeds of tickets sold by the Dorothy F. Schmidt College of Arts and Letters will benefit kids attending our Summer Arts Camps.

Take the pledge to remove stigma from mental illness and help patients and families get help, support and most important Hope!

OBJECTIVES:
Omega (n)-3 and n-6 polyunsaturated fatty acids (PUFAs) are molecular modulators of neurotransmission and inflammation. We hypothesized that plasma concentrations of n-3 PUFAs would be lower and those of n-6 PUFAs higher in subjects with bipolar disorder (BD) compared to healthy controls (HCs), and would correlate with symptom severity in subjects with BD, and that effective treatment would correlate with increased n-3 but lower n-6 PUFA levels. Additionally, we explored clinical correlations and group differences in plasma levels of saturated and monounsaturated fatty acids.

Bipolar disorder is a chronic and typically recurring illness with significant psychosocial morbidity. Although the aetiological factors that contribute to the onset of mania, and by definition bipolar I disorder, are poorly understood, it most commonly occurs during the adolescent period.

Putative risk factors for developing bipolar disorder include having a first-degree relative with a mood disorder, physical/sexual abuse and other psychosocial stressors, substance use disorders, psychostimulant and antidepressant medication exposure and omega-3 fatty acid deficiency.

The education system in the United States has changed dramatically since the 1970′s. We have seen a rise in time spent on homework, a significant increase in the percentage of children enrolled in full day programs, and a rise in the time spent on teaching preschool aged children their numbers and letters. A new study out of the University of Miami suggests a correlation between the prevalence of attention deficit hyperactivity disorder (ADHD) and increasing academic demands on young children.

A study epublished in March 2015 reports that omega-3 fatty acid supplementation benefits symptoms in subjects with autism spectrum disorder (ASD). The Centers for Disease Control and Prevention (CDC) report that the prevalence of autism in the U.S. increased by 119.4% from 2000 (1 in 150 births) to 2010 (1 in 68 births). Autism is the fastest-growing developmental disability, increasing by 6% to 15% each year from 2002 to 2010.

Which will it be – the berries or the chocolate dessert? Homework or the Xbox? Finish that memo, or roam Facebook?

Such quotidian decisions test a mental ability called cognitive control, the capacity to maintain focus on an important choice while ignoring other impulses. Poor planning, wandering attention and trouble inhibiting impulses all signify lapses in cognitive control. Now a growing stream of research suggests that strengthening this mental muscle, usually with exercises in so – called mindfulness, may help children and adults cope with attention deficit hyperactivity disorder and its adult equivalent, attention deficit disorder.

[Note: You will need Acrobat Reader to view the forms listed on this page. If you do not have Acrobat Reader, you may download it here]