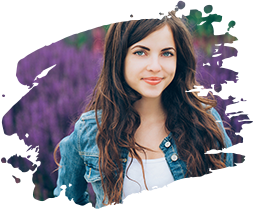 Eating disorders are a collection of psychiatric disorders characterized by abnormal eating that have a negative effect on a patient’s medical, emotional and social well being. The disorders are usually caused by complex interactions between genetic, psychological, social, and biological factors and often present along with other illnesses, such as depression, anxiety, obsessive compulsive disorder, impulse control disorders and substance abuse. Females are particularly at risk with 90% of all eating disorders occurring in females, although eating disorders are a growing concern in the male population as well.  Unfortunately for parents, many eating disorders begin to manifest during the teen years, when adolescents are spending more time away from their parents, and often times have become more adept at concealing things from their parents.  Disorders such as bulimia nervosa, anorexia nervosa, avoidant/restrictive food intake disorder, binge eating disorder, and emotional overeating are medically treatable illnesses. The key is to identify the signs and symptoms early and seek professional treatment as the condition has risks to become chronic in nature.

Anorexia Nervosa is characterized by a distorted body image, low self esteem, obsession with weight and thinness, fear of gaining weight, and food restriction. Many people suffering from anorexia nervosa see themselves as overweight despite being clinically underweight. It often occurs in people who are seen as perfectionists and high achievers. Anorexia nervosa is particularly devastating as it can cause brain damage, multi-organ failure, infertility, anemia, and in some cases death.

Bulimia is frequently associated with anorexia nervosa, though they are not the same, and both can occur individually or in combination. Bulimia is characterized by frequent and repeated episodes of binge eating, or excess consumption of food, followed by a compensatory reaction to the overeating which may include forced vomiting, periods of fasting, excessive exercise, and/or use of laxatives or enemas. Bulimics are more likely to suffer from depression, general anxiety disorder, and impulse control disorders. Unlike anorexics, bulimics are usually at a normal weight or even overweight, which may mask the presence of the disorder.

Binge eating disorder and emotional overeating are characterized by repeated excessive intake of food. Many patients are challenged with using food as a coping tool with stress and benefit greatly from education, nutritional counseling and therapy. A psychiatrist can often help identify the primary cause(s) of emotional overeating.