OCD May Have Higher Risk in Women

Women appeared to have a greater lifetime risk for obsessive-compulsive disorder than men, according to results of a meta-analysis published in Journal of Clinical Psychiatry.  Traditionally OCD has been considered to be an illness in 3 to 5 percent of the population.  For many years we have believed as psychiatrists that there is no gender differential between ment and women.  During the pandemic there has been hightened concern about the wellbeing of patients suffering from OCD.  Contamination fears are one of the highest symptoms in patients that struggle with the disorder.  The OC foundation has made many resources available for psychiatrists to aid patients with symptoms as well as educate healthworkers on how to give supports to families and patients that struggle with this very challenging and crippling disorder.  iocdf.org is a website to utilize by psychiatrists; in Boca Raton and South Florida we have supports to aid patients through support groups and other venues.

“Although the DSM-5 points to a slightly greater prevalence rate in women than men, past reviews are inconsistent, citing either a slight increase in women, an approximately equal gender ratio or an inconsistent sex-specific OCD prevalence rate,” Emily J. Fawcett, PhD, of the Student Wellness and Counselling Centre at Memorial University of Newfoundland in Canada, and colleagues wrote. “Results from individual studies have likewise been mixed, with some demonstrating considerably higher prevalence for women than men, others showing only slightly higher prevalence in women, others finding no difference and even some showing slightly higher prevalence in men. These inconsistencies have frustrated strong conclusions concerning the prevalence of OCD — and particularly whether women are at greater risk.”

Because of the variability among these community-based epidemiologic studies, Fawcett and colleagues conducted the current review to determine whether women were at greater risk for OCD than men, as well as to estimate the worldwide prevalence of OCD and explore other possible moderators of OCD prevalence. They searched PsychINFO and PubMed databases until January 2017 using the keywords prevalence, epidemiology and OCD, excluding date or language restrictions. They included 34 studies that reported current, period and/or lifetime OCD prevalence according to diagnoses based on ICD or DSM criteria among representative community samples of adults. From each study, the researchers extracted OCD prevalence, as well as nine moderators — gender, year, response rate, region, economic status, diagnostic criteria, diagnostic interview, interviewer and age.

Results showed respective overall aggregate current, period and lifetime OCD prevalence estimates of 1.1%, 0.8% and 1.3%. Among a typical sample, women exhibited OCD 1.6 times more commonly than men, with lifetime prevalence rates of 1.5% among women and 1% among men. Fawcett and colleagues observed a trend among younger adults toward increased likelihood for exhibiting OCD in their lifetime compared with older adults. Further, all findings demonstrated moderate heterogeneity.

“[Although] the aggregate lifetime prevalence estimate of OCD was below 2%, this condition is highly comorbid with other psychiatric and neurodevelopmental disorders,” the researchers wrote. “Age was the most compelling exploratory moderator, showing younger adults to be at greater risk than older adults. Future research is needed to explain additional factors contributing to heterogeneity in prevalence estimates across samples and to elucidate whether the genetic and environmental factors driving gender differences in prevalence and symptom expression are specific to this condition or represent a more general susceptibility to mood and anxiety disorders in women. 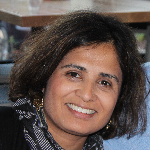