Emerging medications for ADHD are slowly coming to the market for physicians to use.  They tend to be more long‑acting and cover 12 to 16 hours.  Many times today with kids homework/sports a longer formulations is needed.  The agents below modulate norepinephrine amongst other hormones.  An agent that has been used for some time is Straterra which works similarly.

Beyond those, there is an agent that is about to have an FDA review. It scheduled in this fall, in November, I believe. The agent is viloxazine extended‑release formulation. It is medication that in addition to being norepinephrine uptake inhibitor, is also a serotonin 2C agonist, and serotonin 2B antagonist, so this is medication that modulates both norepinephrine and serotonin.

What may be an advantage? It remains to be proven, but you would wonder, in children who have comorbid anxiety, who have comorbid depression, or prominent emotional dysregulation in ADHD, might an agent like this be of help?

Will presence of ability to modify serotonin in some way provide a different profile of ADHD treatment, relative to currently available agents?

Finally, there is an agent that is so‑called triple‑action modulator, a norepinephrine, dopamine, serotonin modulator that is. They have published data in phase 2B out in the market.

It seems that the focus is now looking at agents that are capable of modulating norepinephrine and dopamine akin to stimulants, but also may engage serotonin transmission, hopefully providing a wider spectrum of symptom relief. 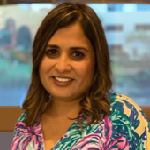