A 2017 pilot study of 16 patients with symptomatic major depressive disorder measured blood levels of omega-3 EPA and DHA to determine if depression symptoms improved after 10 weeks of supplementation. The study found that depressive symptoms measurably improved over the 10-week study period, with higher levels of DHA to EPA correlating with the greatest reduction in severity of depression. Five of the participants met the standard criteria for remission by the end of the study.

Conclusion: In previous studies highlighting the anti-depressive effects of marine-based omega-3s, EPA has generally been shown to have a greater efficacy than DHA.* This pilot study suggests that DHA may also play an important role in normalizing mood.* 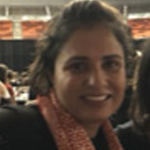