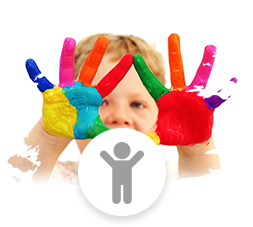 Attention Deficit Hyperactivity Disorder (ADHD) is a disorder characterized by a persistent pattern of inattention and/or hyperactivity or impulsivity that occurs in occupational, academic, and social settings. ADHD is one of the most common mental health disorders present in children. Demographic reports state 5 to 10 percent of American children between the age of 3-17 have been diagnosed with ADHD, which translates into nearly up to 6 million children. ADHD is more common in boys than girls by a ratio of 2.5 to 1. While symptoms usually first present in childhood, symptoms may persist into adulthood.

Symptoms of Attention Deficit Hyperactivity Disorder include inattention, impulsiveness, and hyperactivity. The important distinction is the duration and severity of these behaviors, as nearly everyone has experienced fleeting symptoms at one point or another. Diagnostic criteria point to the fact that ADHD symptoms persist longer than 6 months and in affected individuals these symptoms frequently lead to problems in the person’s academic, occupational, and social life.

Children with ADHD are at a particularly high risk for problems at school. This is largely caused by their tendency to exhibit verbal hostility, defiance, temper tantrums and non-compliance, especially with authority figures. In other cases, ADHD students display poor listening skills, lack of oral expression, difficulty with reading comprehension and mathematics, poor organizational skills, poor fine motor skill, and poor memory. In later years, ADHD teenagers are more likely to be at risk for substance abuse, truancy, and academic and social dysfunction.

In childhood ADHD, emotional development is slower affecting the maturity of the individual and therefore his or her social interactions. ADHD children are three times or more likely to have problems with expressive language. Impulsivity, low frustration tolerance, and irritability also make establishing and maintaining friendships more difficult.

Children who have ADHD may also present with the following conditions:

Each medication has its own indications and side effects. Continual monitoring and communication by parents, caregivers, educators, psychologists, pediatrician, and a child psychiatrist is crucial to achieving proper medication prescriptions and dosages based on relief from symptoms and minimizing of side effects. Doses may have to titrated based on symptoms and the target outcome of treatment. Regular check ups are key to medication management.

ADHD Inattentive Type was previously called Attention Deficit Disorder. It is characterized by difficulty paying attention, which separates it from the other two types of ADHD. Prior to diagnosing ADHD Inattentive Type, problems such as hearing difficulties, learning disabilities, depression, and anxiety should be ruled out to prevent a misdiagnosis. Symptoms of Inattentive ADHD include: frequent daydreaming, not able to complete tasks, easily distracted, misses important details, makes careless mistakes in homework or on tests, gets bored quickly, difficulty getting or staying organized, avoids tasks that take effort, loses or forgets things or events, doesn’t seem to listen when spoken to, slow to understand information, and trouble following directions.

ADHD Hyperactive Type presents much differently than ADHD Inattentive Type. Children with ADHD Hyperactive Type may appear constantly on the move. Symptoms include: fidgeting, squirming, getting up often when seated, running or climbing at inappropriate times, difficulty playing quietly, talking too much or out of turn, interrupting, often "on the go."

Children with ADHD Combined Type exhibit symptoms of both Inattentive Type and Hyperactive Type. This is the most common form of ADHD.

Students who have been diagnosed with ADHD may be entitled to classroom or school accommodations if the disorder is having a negative impact on their educational, social, or behavioral performance. ADHD children may benefit from accommodations, modifications, specialized instruction, and behavioral planning. Children may benefit from an Individualized Education Plan (IEP) or a 504 plan. Educators and parents should meet regularly to develop, assess, and revise the plans as needed. Dr. Kothari, who practices in the Boca Raton, Delray Beach, Parkland, and South Florida area is familiar with many local schools, available resources, and support systems for those affected by ADHD.

Behavioral Therapy can be used on its own to help alleviate ADHD symptoms, but works best when combined with medication management for ADHD. Research has shown combined treatment is most effective. Behavioral therapy is a series of techniques aimed at improving parenting skills as it relates to the ADHD child and the seeks to improve the child’s behavior. It addresses specific behavior problems by improving time management, establishing predictability and routines, and increasing positive attention. Parent training is key to the success of behavioral therapy, and many parents believe it has been crucial to improving their ADHD child’s behavior both at home and at school. Parents who are proactive and reach out for education and resources have a lower stress level when handling a child with a diagnosis of ADHD.

ADHD likely starts in childhood and can persist into adulthood, although some cases of adult ADHD are diagnosed in adulthood despite years of symptoms. Adult ADHD may cause a host of problems including difficulty forming or maintaining relationships, poor work performance, low self esteem, problems with the law, frequent car accidents and financial stress. Married adults struggling with ADHD also have a higher incidence of separation and divorce. Although not caused by ADHD, other mental health disorders may also be present including mood disorders, anxiety disorders, personality disorders, or learning difficulties. Treatment for adults with ADHD is similar to treatment for children in that a combination of medication and behavior therapy is often the most effective treatment. Dr. Kothari, who practices in the Boca Raton, Delray Beach, Coral Springs area in South Florida may refer adult ADHD sufferers to an adult psychologist for cognitive behavioral therapy and/or couples therapy.

Most children will display oppositional behavior at some point in their childhood: they may argue, talk back, or disobey parents, teachers, or authority figures. But in children with Oppositional Defiant Disorder (ODD), there is an ongoing and persistent pattern of oppositional, defiant, vindictive, or hostile behavior usually seen at home or school, which disrupts day to day functioning for longer than 6 months. Symptoms may include: frequent temper tantrums, excessive arguing with adults, refusal to comply with rules or adult requests, deliberate attempts to annoy or upset people, blaming others for their mistakes or behavior, being touchy or easily annoyed by others, frequent anger, spiteful attitude, and revenge seeking behavior. Often children or adolescents with ODD may also present with learning difficulties, ADHD, mood disorders, or anxiety disorders. A child and adolescent psychiatrist can diagnose and treat the ODD and any psychiatric disorders that may also be present. Parents of a child with ODD may also benefit from counseling and training in positive parenting techniques. Dr. Kothari can refer these children and their parents to specialists and/or support systems in the South Florida area as well as offer medication management, education and resources.