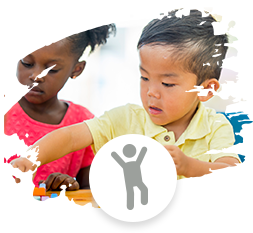 Sensory processing disorder is not a stand alone disorder, rather it is often seen in conjunction with another developmental disorder, and can be seen in both adults and children. Like many illnesses, it is often seen on a spectrum. Sensory disorder affects the senses and how the brain receives, regulates and processes information obtained through the senses. Many times it can be a precursor or concern of anxiety issues.

Some people can be overly sensitive to sights, sounds, touch, smell, or taste. This could lead to a child hiding when they hear a loud noise, complain that a shirt is chafing their skin, or be unable to eat certain textures of food. It could also present as a child being under responsive to stimuli, such as failing to respond to high or low temperatures. The child with SPD may also appear uncoordinated, bump into things, unable to tell where their limbs are, and make it difficult for them to engage in conversation or play. While many children may experience these symptoms from time to time, Sensory Processing Disorder can be diagnosed if these symptoms affect normal functioning and disrupt everyday life.